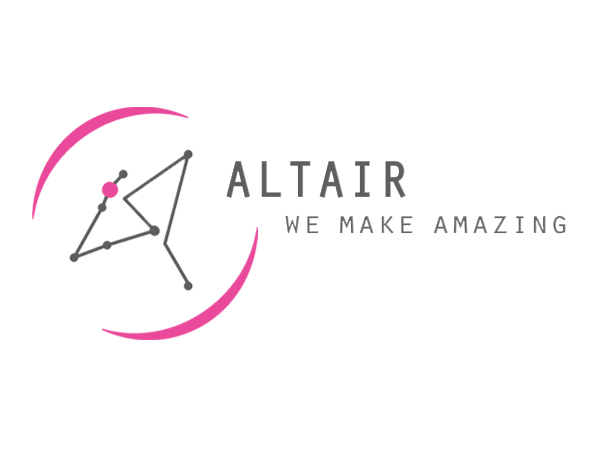 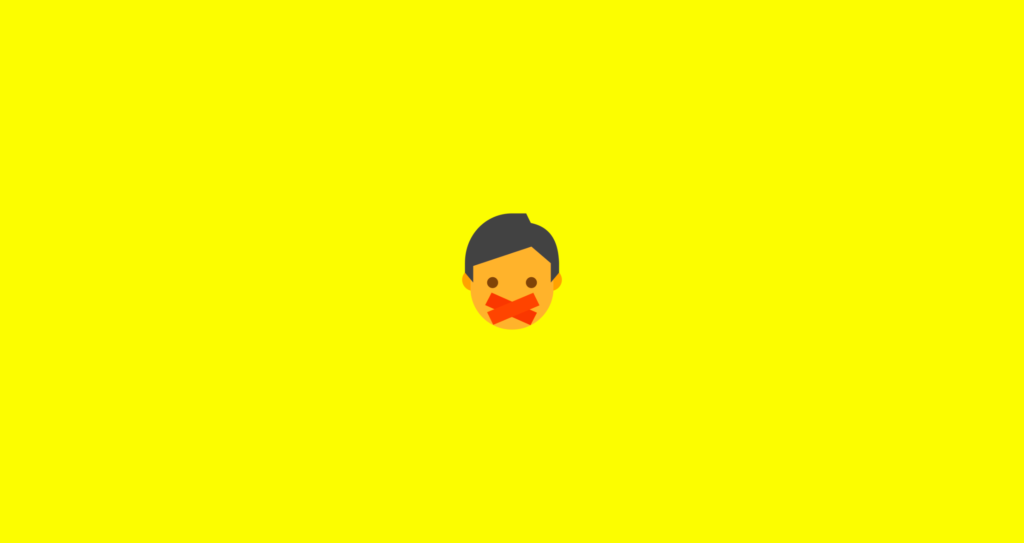 What is ‘Quiet Quitting’?

The term ‘quiet quitting’, despite the name, doesn’t actually involve the act of quitting your job. This new viral TikTok “trend” is all about only working inside your outlined job requirements and nothing more than that. As usual, the internet is split, so let’s get into it.

Though it has become popular recently on social media, the term “quiet quitting” isn’t anything new. Quiet quitting is essentially… just having a job. For as long as work has been around, people have been doing exactly this. So why is it so controversial?

‘Quiet Quitting’ is popular on TikTok

Particularly TikTok has picked up speed across the internet with the topic. 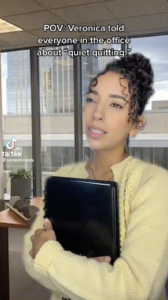 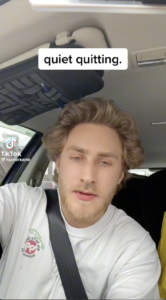 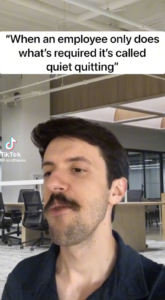 Quiet quitting suggests that working outside of office hours and taking on extra tasks and responsibilities beyond the job description is the norm. And for a lot of people, it is! But the question is, should it be? And is it actually beneficial?

What does the internet think?

The opinions seem to be fairly split by generation and there’s no surprise there. The majority of those in disagreement of the act of quiet quitting are Generation X and Baby Boomers (ages 42-66), who believe that part of working is going above and beyond and doing anything you can to impress the higher ups and get that promotion and pay rise. They perceive that the more you work, the quicker you are to climb up the metaphorical corporate ladder, whilst someone who does the minimum of work required is seen to be lazy. Some have even argued that quiet quitting isn’t about the company getting more than what they’re paying for, but it’s self-destructive behaviour, and by not putting in extra effort to contribute to the workplace culture, you’re essentially setting yourself up for unhappiness and resentment towards the company and work as a whole.

On the flip side, Millennials and Generation Z (ages 18-41) are the majority that believe in prioritising work/life balance to avoid burn out and generally taking better care of mental and physical health. They also look at it as a way of respecting themselves and their time, especially since ‘losing out’ on 2 years from when the pandemic started. We have lived through quite a lot of “unprecedented times” in just our short lives, from the pandemic to global cost of living crisis and let’s not forget the ever-present threat of nuclear warfare. The accumulation of these factors and more has produced a collectively stronger sentiment of ‘life is too short to just work until we die.’ Generally, people are learning to put time and focus into hobbies and interests, outside of work, that fundamentally make them happy.

Like most arguments there is always bound to be a middle-ground (as well as an element of common-sense).  A highly repetitive, limited training/skills role like a production-line worker is unlikely to need to go above and beyond the scope of their employment contract.  In contrast a design engineer or computer programmer is most likely going to need to exceed expectations again and again. Not just to keep themselves employed but to also maintain a level of expertise and desirability required in such a fast-moving industry. The grey areas lie in-between what employers expect vs. what employees perceive.  Choosing to finish a presentation at the weekend so you can pro-actively review on a Monday is very different to staying in the office past 7pm every night because you’ve spent 4/5 of your day scrolling through newsfeeds.  Is it like the old saying goes “work smarter, not harder”?

Is ‘Quiet Quitting’ a problem? Does it even really exist? And if so, how do companies deal with it?

The assumed obvious answer is to just pay your employees more, right? But how do companies who might not have the funds to meet those financial expectations, foster a positive work environment for growth and collaboration?  Should financial reward always need to be the answer?  How long until employers and employees are back in this same situation?

I feel incredibly lucky that Altair has always prioritised work life balance and actively makes sure everyone feels valued and appreciated. Senior leadership are consistently checking in with their teams to manage workload, foster engagement, and encourage personal growth in order to reduce burn out. Teams and employees alike are actively rewarded and acknowledged for good work.

When people aren’t pushed to their limits, they’re more productive and much more willing to help the person next to them. But at the same time, should we be expected to go that extra mile when it’s needed? 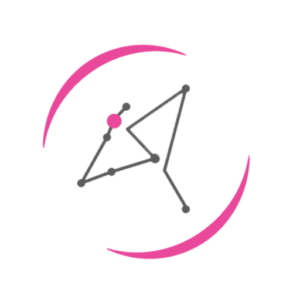 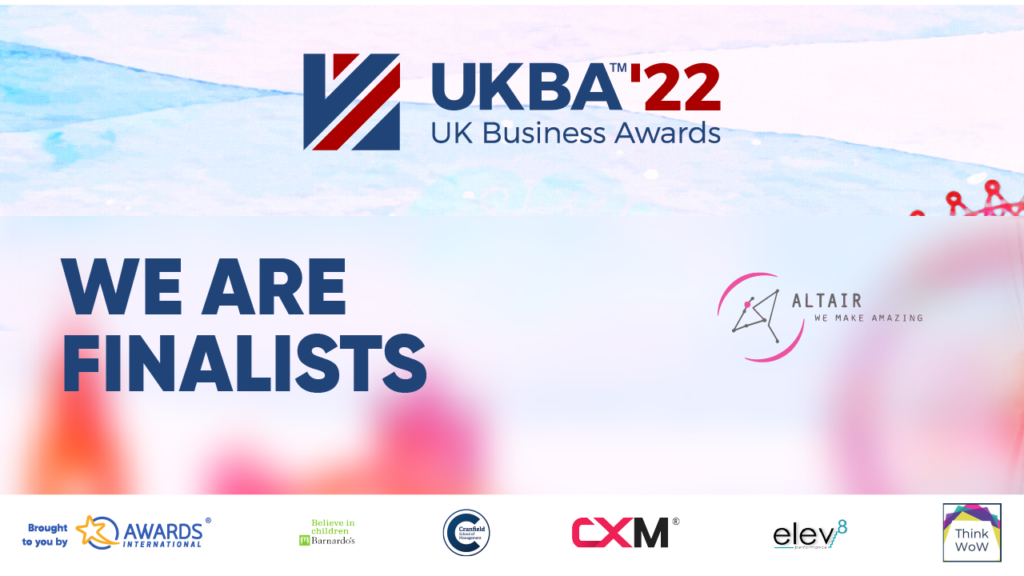 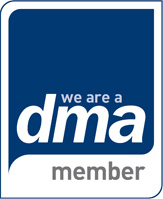 Hosting by Bear Behind Limited